Origins of the Christmas ornament 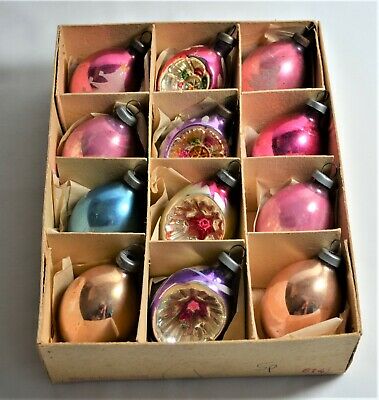 So the Christmas season is upon us and most folks are setting up and decorating their trees and homes.

Did you ever think about the origin of Christmas ornaments?  Who actually started making them? Who thought of hanging items on a tree?

The tradition of Christmas trees and Christmas Ornaments is a much disputed one with several theories about their origin doing the rounds for a long time.

The most popular theory holds that the tradition was started by a monk who came to Germany in the 7th/8th century to preach. It is said that this monk was Saint Boniface, the Apostle of the Germans. According to history, the saint was the first one to bring a fir tree to the German people to decorate, for he claimed that its triangular shape represented the Holy Trinity - God, his son Jesus, and the Holy Spirit. The tradition was lapped up by the devout Germans who started decorating the Christmas tree in aliturgical way with simple, white candles. This however, changed in the 15th century when ornaments began to be incorporated into the Christmas decorations in Germany. In Latvia, circa 1510, a fir tree was decorated with roses which were associated with the Virgin Mary. This event is often hailed as the pioneerof modern Christmas decorations.

Let’s take a look at today's Christmas ornaments which have a Germanic beginning;

Although today's Christmas ornaments seem somewhat commercial, the tradition of decorating a Christmas tree is said to go back to16th century Germany.

Germans decorated evergreen trees with apples, which were referred to as paradise trees. Paradise trees represented the tree of the forbidden fruit in the Bible.

Later trees were decorated with wafers, candles, and pastries in the shapes of angels, flowers, hearts, and stars. These traditions spread throughout Europe and Germany. It's been said that Martin Luther, a16th-century German religious reformer, was the first person to put candles on a Christmas tree. He was inspired to do it after seeing stars twinkling through evergreen trees. Later decorations included paper streamers and berries.

I don’t know about you, but putting food on a tree in this day and age could very well cause a ruckus with the household pets and your tree may not be standing very long!

How did Christmas ornaments reach the United States?  F.W. Woolworth, who started Woolworth's stores, visited Germany in the 1880s and decided to import glass ornaments to sell in his stores.

Most of these glass ornaments were made in Germany until after World War II. Other ornaments were made of fiberboard (a thick typeof cardboard) and depicted angels and other scenes. Hallmark Keepsake ornaments began in 1973, marking a yearly tradition for many families.

Most of you may remember from decorating your grandparent's trees, or your own trees for that matter, with Lauscher glass ornaments, all of which were hand-blown and hand-painted.

Take a look at those ornaments if you still have any packed away in your attic.  Imagine the patience and attention to detail needed to make those thousands and thousands of ornaments. Not to mention the time needed. There were some true artisans spending hours and hours on ornaments that were shipped across the ocean to land on American shores to be hung up on Christmas trees.

We hope you enjoyed this short history lesson and more importantly, enjoy your holiday season.

Everyone at Coinco, Inc. wishes you all a happy and safe holiday season with your family and friends!